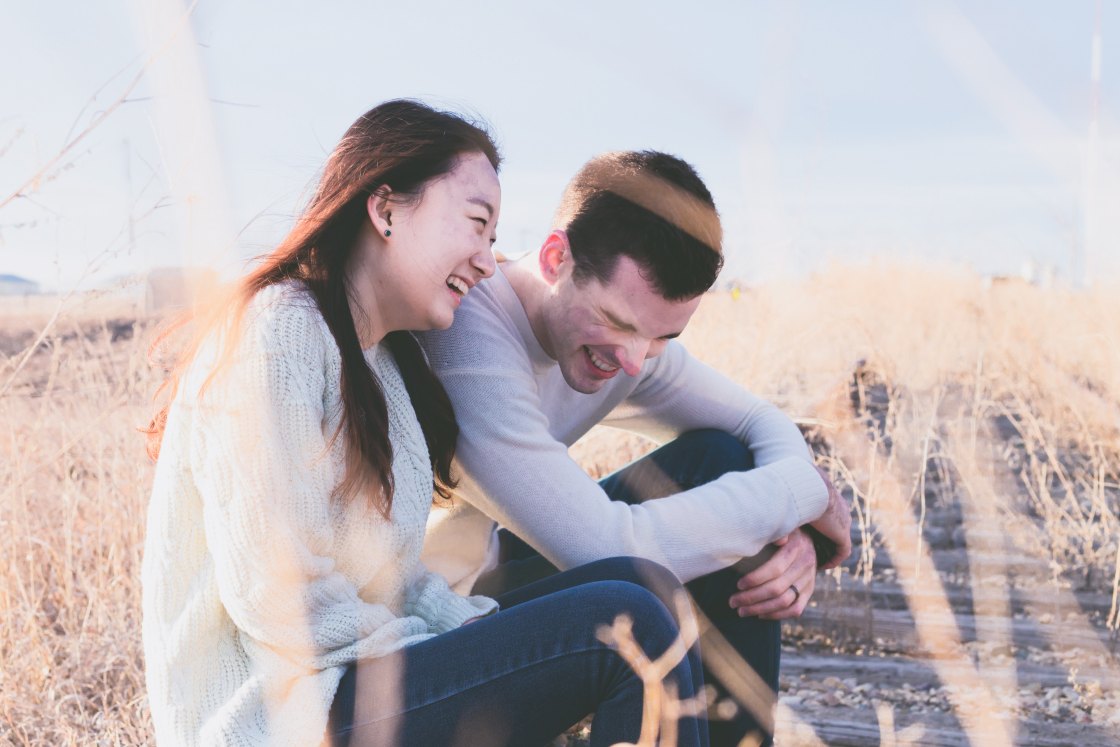 Thank you to my friend Ophelia for letting me tell her story. My love for her is underscored by the fact she requested the pseudonym, Ophelia.

They met in college.

He was hard-working, friend approved, and met her physical criteria of brown-haired, tall, and over 200 pounds. What can she say? Ophelia likes sturdy men. Four and a half years later, they shared an apartment, a friend group, a diet, and a shopping list.

They adulted together. And that was precisely the trouble.

Up until the breakup, they loved each other – comfortably and practically. He complained about her dry shampoo on the pillowcases, and she nagged about his hairs in her comb. As she explained to me, “We could have had a functional, utilitarian life together, and that would have made me very happy.“

But for him, a twenty-something working at a high-growth startup, it wasn’t enough. Like the Fussy Suitor Problem, he had FOMO. He feared he wasn’t done sampling and was sensitive to her marriage track. So he had a choice: He could either defect, kill a good relationship, and rid his system of the romantic wanderlust, or cooperate, continue the relationship, and always wonder if the grass could have been greener.

He chose the former. He removed her from his equation and hedged the risk of frittering her best, most perky years. He made the double-edged bet, adding, “I’m sure I’ll regret this in two or three years.“

To memorialize the break-up, we did what reasonable women do. I smothered the classically beautiful Ophelia with truthful praise of her untapped romantic capital. We drank wine, ordered all the appetizers, covered dating apps 101, and schemed to flirt with every “Accenture-or-above” consultant that weekend.

But mid-bite of guacamole, she said something that struck me, “A relationship is a contract and my feelings are not his responsibility. It wasn’t his place to decide how I would feel. Breaking up to protect my wellbeing was a breach of the contract.“

She’s also Eastern European. And in law school. If that context is helpful.

And so that got me thinking about cooperation, selfishness, and disclosure in relationships. Are we responsible for reducing our partner’s long-term likelihood of experiencing pain, or is the relationship better off if we act in our own best interest? Should the house always look out for the house?

Do the gods of love reward or punish the selfish?

When it comes to relationships, nothing is a more analogous in name or practice than The Prisoner’s Dilemma. In this classic example of game theory, two players commit a crime and undergo isolated interrogation. Each can choose to defect (betray their partner) or cooperate (keep the secret). If one defects, the cooperative partner suffers. If both defect, both partners suffer. And if both cooperate, both maximize their outcome.

I’ve been in the situation before – the role of the defector. I’ve euthanized an otherwise healthy relationship that had high short-term, but low long-term potential. I’ve lived the painful days leading up to the break-up, as your partner chirps happily along and you plan the timing to pull your cards off the table. They chose to cooperate, and you unexpectedly choose to defect.

In both romance and The Prisoner’s Dilemma, you never know when your partner will become non-cooperative. According to Nash Equilibrium, if the Prisoner’s Dilemma is played once, the optimal strategy is always to defect. Which is why first dates are more common than second dates. And indeed, most people do defect on partners in games played once – it’s a mathematical truth.

But real relationships are more complicated. You play for many, unknown number of rounds, and incorporate knowledge of your partner’s past behaviors into your future decision-making. You keep tabs on up-rounds and down-rounds, frequency of compliments and wait time between text responses, and calculate your trust and cooperation accordingly.

This type of encounter – one with repeated interactions and memory of previous encounters – is called the Iterated Prisoner’s Dilemma. If you had to compare romantic relationships to an example from game theory, this would be it. And thanks to American political scientist, Robert Axelrod, I can tell you how to win.

The Optimal Strategy – Tit for Tat.

The rules are simple: Cooperate on the first round (or date), and in all future rounds, do what your partner did on the previous move. Winning at tit-for-tat is to be both kind and selfish. This strategy has been long studied by mathematicians, who identified four rules for an optimal outcome.

1. Be Nice. The most fundamental rule is to be nice. According to Axelrod, it is both strategic and self-serving to not cheat on your opponent before they cheat on you. To promote mutual interest, keep cooperating with a cooperative partner. And don’t stray. Math, sweet math, erring on the side of fidelity.

2. Practice Reciprocity. Math also doesn’t like a pushover. If your partner defects, you should follow suit. Blindly cooperative players are always exploited by more ruthless opponents. But once the retaliation is over, kiss and make up. And not only should you forgive, but you should also forget. If your partner returns to a cooperative strategy (and assuming you want to keep playing post-defection), you should immediately start cooperating as well. Without this rule, Axelrod’s partners got trapped in hellish patterns of “revenge and counter-revenge.”

3. Don’t Be Envious. Dating is not a zero sum game. While you should always be selfish and try to optimize your score – or happiness – you should never focus on making your score higher than your partners. Axelrod found that players faired best when they maximized personal outcomes without trying to come out ahead of their partner.

4. Play Clean. Dating is already a game. Don’t make it more complicated than it needs to be. Thou shalt not be sneaky, clever, or deceitful. Don’t feign disinterest, competition, or day-long text responses to make the game more “interesting.” Players with tricky strategies get burned in the long-run. Math doesn’t lie.

Game theory aside, will Ophelia and I still call him an idiot over cocktails? Absolutely.

But this strategy peels back the cold mandates of math and strategy to offer a warmhearted, dualistic perspective of romantic success. In love, it pays to be selfish — so long as you are also kind.